Please join us on Sunday April 23rd, 2017 at the Deephaven Village Hall where we will walk down memory lane with those who served during World War II and called Deephaven home. Our featured speakers with be: 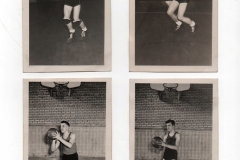 The DEEPHAVEN HISTORICAL SOCIETY is dedicated to promoting the history of Deephaven through presentation, dissemination, display and collection of material. Their vision is to stimulate interest in the heritage of the area and to provide a means by which people can share the history of the area.